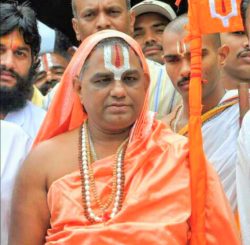 Jagadguru Narendracharya Maharaj Sansthan, Nanijdham (Maharashtra)
contributed 52 lacs to PMCares Fund on the 30th of April 2020 to combat Covid-19 pandemic. Sansthan had also contributed 50 Lacs to Maharashtra CM Relief Fund for the same, in addition to distributing grocery packages to the poor during lockdown in Ratnagiri (Maharashtra). END_OF_DOCUMENT_TOKEN_TO_BE_REPLACED

With more than 13 years of legal experience and expertise, Nisha graduated with a Bachelor of Law Degree (First Class) from the University Law College at Bangalore University in 2007, and went on to enroll as an Advocate with the Karnataka State Bar Council in the same year. In 2016, she qualified as a Solicitor of England and Wales. END_OF_DOCUMENT_TOKEN_TO_BE_REPLACED

Abu Dhabi, United Arab Emirates – In response to the current situation, Etihad Airways is introducing Etihad Credit to give guests the freedom to delay their travel plans by permitting a free cancellation and is offering the original value of their booking to be used as credit towards their next trip.

As the situation around the novel coronavirus (COVID-19) continues to evolve, these new measures will provide maximum flexibility and ensures guests that need to travel, do so safely and conveniently.

Robin Kamark, Chief Commercial Officer, Etihad Aviation Group, said: “In these unprecedented times, we understand that some of our guests are either unable to, or choose not to travel and it is our responsibility to help them as much as possible. END_OF_DOCUMENT_TOKEN_TO_BE_REPLACED

Peterborough, ON./16 March 2020. Flying Colours Corp., the North Americanmaintenance, repair, overhaul and completions business has officially opened the doors of its newest, largest and most advanced paint preparation and application facility at its Peterborough, ON. headquarters.The newpurpose-built, state-of-the-art facility gives Flying Colours the capacity to paint any size business aircraft including Bombardier Global 7500, Gulfstream G700 types, as well as narrow body executive airliners such as the A220 or B737-900 models,for an elite clientele. The first paint job is already in process on aBombardier Global aircraft. END_OF_DOCUMENT_TOKEN_TO_BE_REPLACED

Embassy of France in the U.S.

This visit took place a few days after the unacceptable remarks made by the ambassador of Mali to France regarding French army units. We deplored these remarks made by the ambassador of an allied country, where our armies are deployed at the request of the Malian authorities, alongside our partners, in order to combat terrorism. We have taken note of the decision by the Malian authorities to recall Ambassador Toumani Djimé Diallo.

The visit by Tiébilé Dramé, who is meeting with the French authorities – government officials as well as national representatives -, reflects our countries’ shared determination, within the framework of the new momentum created by the summit in Pau, to continue our close cooperation in support of the Sahel, its inhabitants and common security issues. END_OF_DOCUMENT_TOKEN_TO_BE_REPLACED